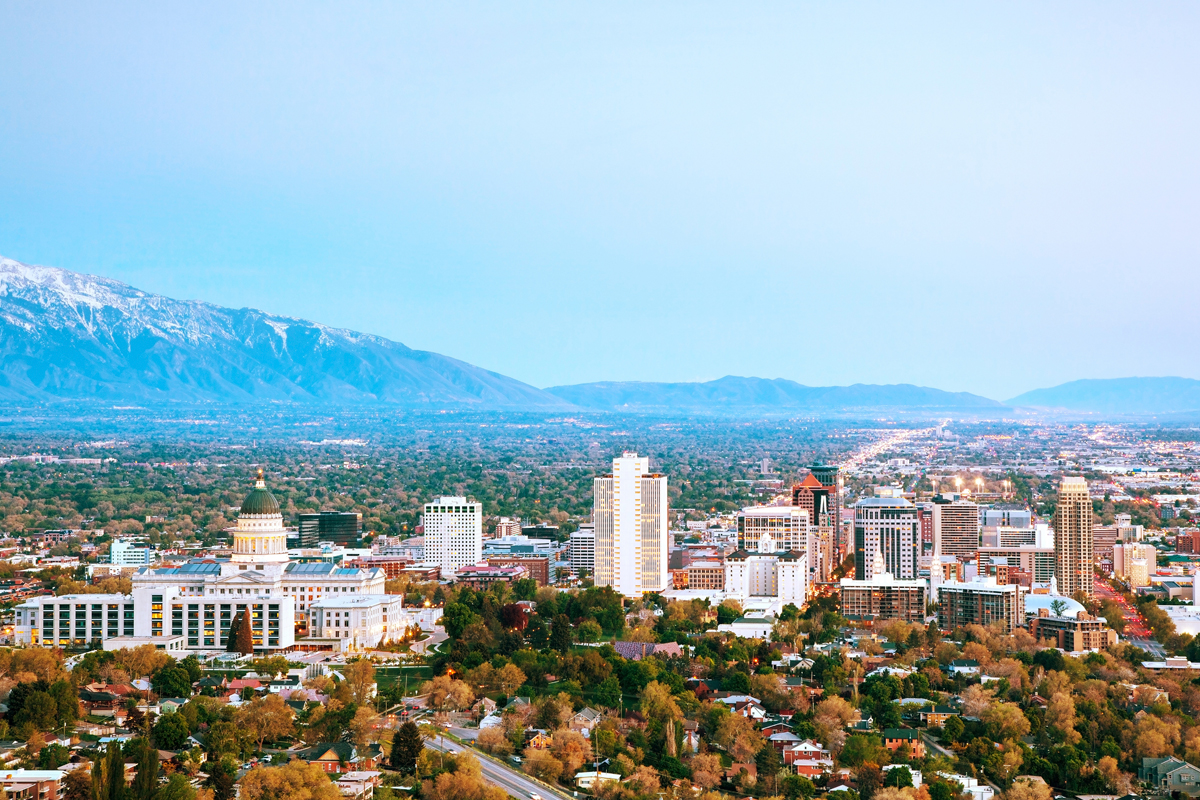 Consistently recognized by thought leaders and publications as the best state for business in the nation, Salt Lake City is emerging as Utah’s next economic engine.

It is a great place to work, live, and raise a family. It has both organic growth and an influx of new people. It has a joint perspective of new ideas and stability. It is young and dynamic.

As Utah’s Capital city, Salt Lake has always been a place of acceptance. If you were different, you came to the city.  And that is true almost anywhere — cities throughout the U.S. are melting pots whose diversity brings about inherent acceptance. The diversity of our backgrounds, experiences, and opinions makes Salt Lake a really great place to be.

But there is much more to it than that. Yes, Utah is slowly emerging out a less diverse place and the City is doing it at a rate far more rapidly than its suburbs. Salt Lake City is a unique place and it will surprise you. Diligence, innovation, opportunity, and a little bit of weirdness is what we’re all about.

Salt Lake City’s quality of life is not measured only in sunsets, red rock and epic ski days. It would be nice if it were, because we’ve got that angle covered. ‘Quality of life’ is a host of factors — from jobs and education to healthcare and housing. It includes arts and culture, infrastructure, crime, taxes and more. Taking all of that into account, a recent survey to City residents revealed over half of residents rate their overall quality of life in the City above 75 (on a scale of 1 to 100)!

Salt Lake County claims the majority of bars in the state, a factor that is driving historic spending downtown along with restaurants and entertainment. The resurgent interest in urban living among younger generations —  an energy for bigger companies to tap into the labor that wants to live here.

And traffic congestion levels, travel times, and monthly parking rates in SLC are consistently lower in comparison to west coast cities with a mature tech economy. Public transit is relatively inexpensive and remarkably simple to navigate compared to transportation in other cities.

For several years running, Utah has ranked among the top U.S. states for business and careers.  A major factor? Business-friendly policies, collaboration and innovation.

Known as the “Crossroads of the West” Salt Lake City intersects with I-80, I-15, and the Union Pacific Hub reaching potential customers and markets of any size and industry.  Salt Lake City is home to one of the nation’s most efficient international airports centered in a commercial growth area, near the northwest quadrant.

Silicon Slopes is not Silicon Valley—and it’s not trying to be. But when you consider the urban cost of living with larger coast cities with mature tech centers, Salt Lake City’s cost of living is considerably less – 49% less than San Francisco, 31% less than Los Angeles, 8% less than Denver, 44% less than Seattle, 18% lower than Dallas, and 57% less than New York City. And when it comes to a startup and business expenses, that difference means a lot. (Did we mention 10 minutes from the airport already?)

Salt Lake City’s metropolitan area is home to over a million people, more than 20,000 businesses, and top-notch educational institutions and trade schools specializing in a myriad of fields and professions.  It has one of the youngest populations in the country, with most of the population between the ages of 25 – 34.  Our community is unique in the sense that employees speak over 100 languages fluently.

Salt Lake City’s thriving key industries support the growth and development of a diverse workforce, and the employers provide pathways to meaningful careers.  Information technology and gaming, Outdoor products, Life sciences, Healthcare, Finance, Logistics, manufacturing, and distribution.  Together with educators and the private sector, local government is actively working to preparing our future generations to support the phenomenal growth.

A recent study by Site Selector named Utah #1 in the Mountain Region of U.S. for workforce development. And Utah was recently recognized as the #2 Smartest State in America (U.S. News & World Report, 2019).

Everyone is looking for a competitive advantage and when you can combine an exceptional place to live with an emerging diverse economy, it does attract and keep the best and brightest workers.